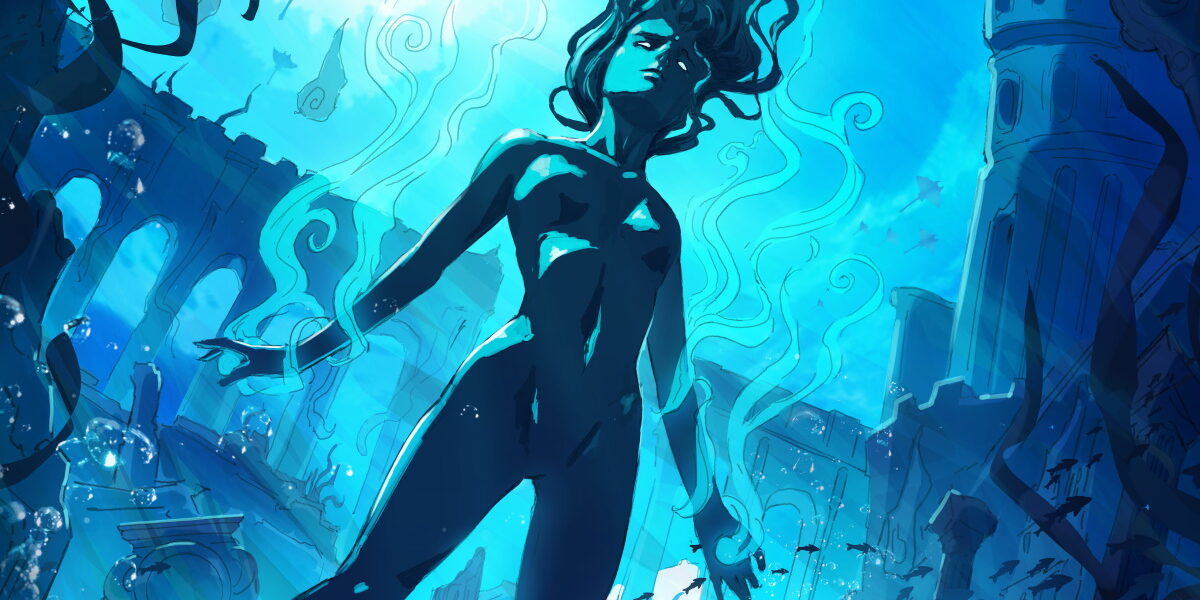 Atlantis, the legendary city that sunk at the bottom of the sea while at its zenith, is one of mankind΄s greatest mysteries, eliciting tales and intriguing the imagination of people around the world. Was Atlantis real or fictional? And if it was real, where was it located? Based on findings, many scientists believe that the island of Santorini could have been this very sought-after city.

Keep reading to find out more about Atlantis Santorini.

How it all started: Plato΄s myth

Plato, the prominent Greek philosopher, described in detail the existence of a unique island whose inhabitants possessed divine powers, called Atlantis. Atlantis reflected his notion of the ideal state in two of his works, Timaeus and Critias. The story was revealed to Solon by some Egyptian priests during one of his trips to Egypt.

Poseidon, the god of the sea, owned the island along with his mortal wife Cleito, and they named it after their firstborn son. Poseidon lived at the center of the island and he built another five concentric rings around it. The kingdom consisted of ten cities and two islands, the “bigger” and the “smaller.” Only the “Metropolis” and the “Royal City” were explicitly mentioned.

The state was splendid and had a flourishing civilization. Its people lived in happiness and excessive wealth for many years. But there was a time they became greedy and could not keep themselves from wanting more. Due to their vanity and arrogance, they gradually lost their divine powers.

So, being left only with human powers, they marched off to war and set their hearts on conquering new places in the Mediterranean. Finally, they were defeated by the Athenians and lost the previously conquered islands along with their extravagant glory. Zeus and the rest of the gods decided to punish them for their hybris and launched a disastrous earthquake and a flood that led to Atlantis’ extinction.

The connection between Santorini and Atlantis has been assumed and attempted to be justified by scholars based on the findings at the Akrotiri site and the convergence of some historical events. The firm supporters of this theory argue that the Minoan settlement of Akrotiri, which was discovered in Santorini, vanished in 1613 BC due to the monstrous eruption of the Santorini volcano. Here are some facts:

As the years went by, many scientists expressed yet different opinions. Since the myth narrates that the kingdom consisted of two islands, experts argue that perhaps Crete was the “bigger” island, known as the “Royal City.” At the same time, Santorini, with whom Crete shared strong relations, was the “Metropolis,” also known as the “smaller” island.

An eternal riddle: Is Santorini Atlantis?

The myth of the lost Atlantis is one of the most popular mysteries in the world. It’s possible that Atlantis Santorini existed but was never discovered – or that it never existed at all. Some scientists believe the evidence is tantalizing and unambiguous enough to link directly to Santorini, while others say it is just a myth that Plato used for didactic purposes.

Atlantis Santorini provides us with valuable life lessons. Plato probably wanted to teach his fellows to be humble because greed and arrogance can cause the wrath of gods. Additionally, it shows that no human civilization can successfully confront the ferocity of such major natural disasters, regardless of how advanced it is.

Atlantis remains a mystery and it shall remain one for a long time. Great civilizations are grown to be eventually swallowed up in one night. Atlantis is everywhere!

Atlantis Santorini, whether real or fictional, definitely adds up to the mystical aura and the magnificence of the island. Your Santorini holidays can be rich with unforgettable memories. Check out our tailored blogs for fantastic ideas that will inspire you to seize your vacation, with some of the most extraordinary things to do in Santorini:

● Lost Atlantis Experience: Explore the first Μuseum in the world dedicated to the myth of Lost Atlantis!
● Santorini volcano: experience the top Santorini activities centered around the magical landscape of the volcano
● Santorini Food Guide: Discover the 4+1 must-try foods during your Santorini, Greece holidays