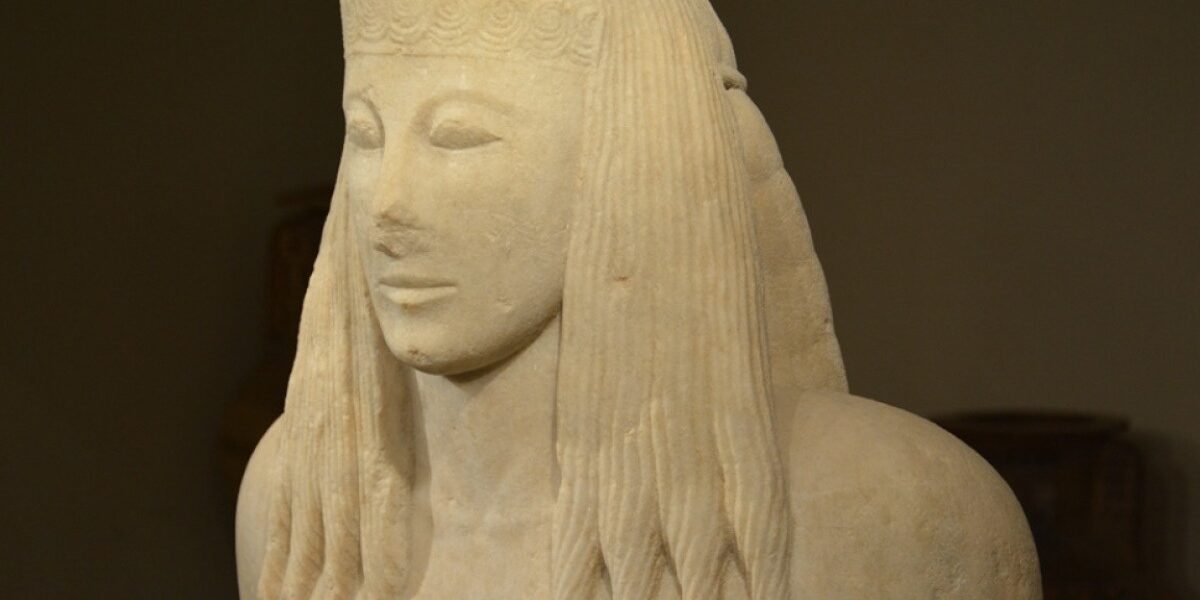 In the presence of the President of the Greek Republic Katerina Sakellaropoulou, the opening of the periodic exhibition of the Daughter of Thera, a “unique find that for 22 years, remained in the warehouses”, took place today (4/9) at the Archaeological Museum of Thera, which is under renovation, as she pointed out during opening Greetings from the Minister of Culture and Sports, Lina Mendoni.

The Daughter of Thera

The Daughter of Thera, a statue of the 7th century BC, came to light in November 2000, during rescue excavation research in the cemetery of the ancient city of Thera, in southeastern Sellada, by Theraean archaeologist Charalambos Sigala. The supernatural-sized archaic pupil of white Naxos marble, 2.48m high. with the inset peg at its base, is almost intact. The sculpture, from which only the tip of the nose and the arm of the bent right hand resting on the chest are missing, is one of the few works of the great, distinguished early Greek sculptures in stone that have survived up to the present day.