Nobu Hotels Will Open Its First Greece Outpost on Santorini 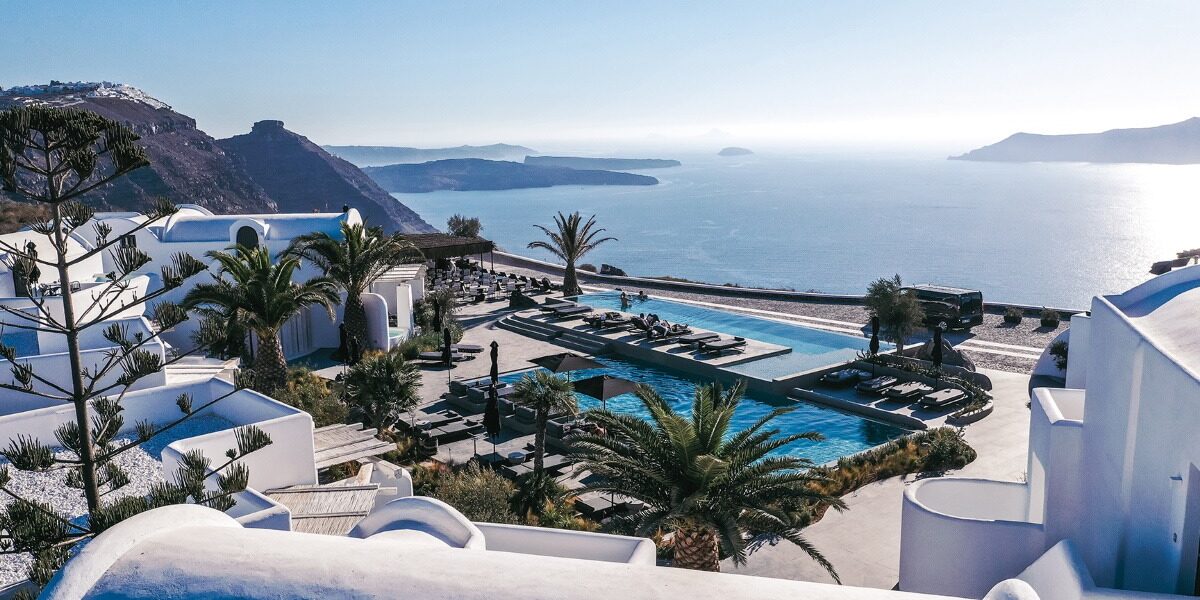 The hotel and restaurant brand on the rise, founded by Nobu Matsuhisa, Robert De Niro, and Meir Teper, announced in January that it will open its first hotel in Greece this spring.

Located on Santorini’s northeast coast in Imerovigli, Nobu Hotel and Restaurant Santorini will come with a signature Nobu Restaurant, luxurious spa, fitness center, two-level infinity pool, and five over-the-top pool villas that each offer panoramic views of both the Caldera and Aegean Sea from its clifftop perch. The hotel is also just 20 minutes from Santorini (Thira) International Airport and sits along the famed hiking trail that runs between Oia and Fira, Santorini’s capital.